You are here:
municipal parkingParking Ponderings 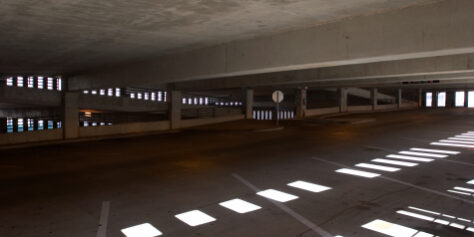 Of course they will. If we’re to believe in the promise of autonomy, very soon all the cars will drive themselves and park themselves. Parking will be free of course, and plentiful. Or is that a science fiction dream? Apparently, many Americans think so. 15% don’t believe there ever will be self-driving cars on the market while 42% said they would never ride in an automated vehicle. Is everyone else on board? Actually more than half of those who agree they would use autonomous vehicles said they would only do so once the technology was on the road for more than a decade.

While the quest to get self-driving cars on the road is going strong and stands to benefit many, an article on Parking Today estimates that personal autonomous vehicles will be the last to take hold. It’s likely shuttles, delivery vehicles, buses, truckers, and Uber will get on the bandwagon first.

While parking may, and in fact will, probably one day be affected by autonomous vehicles it’s unlikely to be anytime soon.

In fact, a new report has found that office parking ratios in downtown and office markets across the US and Canada are unlikely to see much change in the next five years, despite predictions of ride sharing and self-driving vehicles taking over.

The Wall Street Journal is even more tentative, estimating that despite all the hype about self-driving cars, it’ll likely be decades before automated driving becomes a reality.

In other words, the challenge of helping searchers find available spots isn’t going anywhere. And the valuable resource of parking lots isn’t about to do a dive either. Parking is still a valuable commodity. Guiding people to available spots is still the simplest way for lot owners to increase revenue and improve customer service.

For now, self-driving cars are something you’re a lot more likely to read about in the news than encounter on your streets.

How Does One University Keep Students Happy with Creative Parking Solutions?
December 8, 2022
How Fast Can You Overhaul Your Corporate Parking Lot?
November 9, 2022

Eliminating the Challenge of University and Medical Campus Parking
August 29, 2022